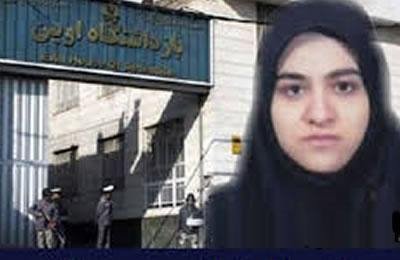 Mrs. Parvaneh Taheri, Reyhaneh’s mother, spoke out against the harsh conditions under which her daughter has been imprisoned for seven years. She said denial of medical treatment to her daughter is unjustifiable.

Mrs. Taheri said her daughter, Reyhaneh Haj Ebrahim, suffers from Colitis and has a dismal health condition. Prison authorities, however, have denied her the necessary medical services and do not allow her to go on medical leave.

Reyhaneh Haj Ebrahim Dabbagh has been detained in Evin Prison since December27, 2009, without enjoying any leaves. She was sentenced to 15 years imprisonment on the charge of “waging war on God,” for supporting the opposition People’s Mojahedin Organization of Iran.