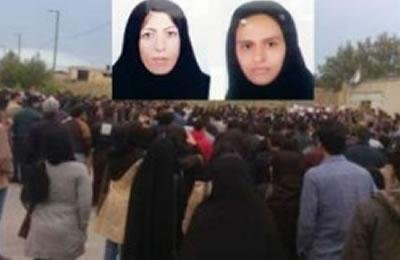 Iran: Protestors to the death of young woman threatened by punishment

Students have been threatened by security forces for protesting the drowning death of a girl student in Khorramabad. Government agents have vowed to deal with the protesters.

Forouzan Moradvand, a biology student from Ilam, fell into a water canal and drowned as she was attempting to ride a car to get away from the rain that was flooding the city on Monday night, November 7. Another girl student, Nasrin Mohammadi, from Isfahan, was also drowned in the flood and went into coma.

Students and residents of Khorramabad staged an extensive demonstration the next day in protest to the city officials’ incompetence and the absence of any bridge in the streets to help people pass the streets.