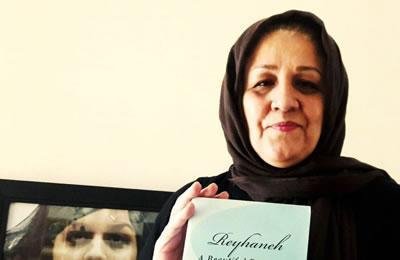 Iran: Mother of execution victim is summoned to court

Ms. Sholeh Pakravan, an anti-death penalty activist, was called on the phone on November 14, 2016, and summoned to the Intelligence Department.

She was instructed to appear at the Intelligence Department on November 15th, at 10 a.m.

Ms. Sholeh Pakravan and a number of the participants were temporarily arrested on October 20, 2016, by plainclothes agents and security forces, as she was commemorating the second anniversary of her daughter, Reyhaneh Jabbari, executed on October 25, 2014, for defending herself against rape by an Intelligence Ministry official.