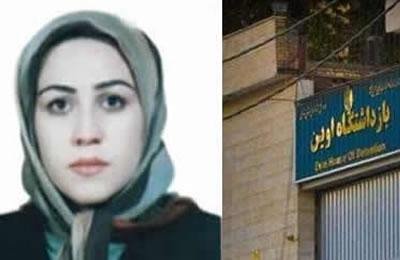 Iran: Wave of support for Maryam Akbari’s demand for justice

Various groups of people have declared support for political prisoner Maryam Akbari from all across Iran.

A group of physicians from the city of Tabriz, northwestern Iran, issued a declaration in which they criticized the Iranian regime for letting murderous officials including Tehran Prosecutor Saeid Mortazavi and Head of Judiciary Sadeq Larijani stay at large while incarcerating innocent people like Maryam Akbari Monfared. They urged international bodies and the High Commissioner for Human Rights to follow up on Ms. Akbari’s case.

In part of their declaration, Tabriz’s physicians wrote: “Maryam Akbari Monfared and other innocent political prisoners must be freed unconditionally and the criminal mullahs must be prosecuted at an international tribunal and punished for their crimes.”

Political prisoner Ali Mo’ezi, wrote from Gohardasht Prison, in Karaj. In part of his letter, he wrote, “In this land, the oppressed are considered criminals and seeking justice is a crime. Seeking justice by Reyhaneh Jabbari’s mother and Saeed Zeinali’s father is considered a crime… Political prisoner Maryam Akbari Monfared is considered a criminal and her crime is that her three brothers and sister have been executed. Her other crime is that she demands justice. Those who support her are also considered criminals. Seeking justice by the innocent victims of Saeed Tousi [a reciter of the Quran and close confidant of Khamenei who is accused of numerous counts of sexual assault on his young students] is a crime and they are threatened to remain silent. Ayatollah Montazeri’s son has committed a crime by publishing the audio recording of his father’s voice and is place on trial. Helping the families of political prisoners whose breadwinner is incarcerated is a crime punishable by imprisonment. The Sunnis and other religious minorities, teachers and workers are criminals and their crime is that they are hungry. They must be flogged and go to jail. But the regime and its affiliates and confidants can do whatever they want to our people… and still, remain safe and secure.”

A group of students at Takestan’s Azad University also issued a statement on November 15, 2016, and wrote, “We condemn the pressures imposed on political prisoner Maryam Akbari Monfared. We admire her perseverance in seeking justice. We urge human rights organizations to attend to the situation of this and other prisoners.”

Peggy Whitson, oldest woman in space blasts off to ISS