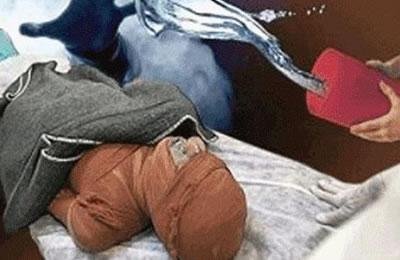 Iran: Woman attacked by acid after being denied legal support

A 44-year-old woman was splashed with acid and hospitalized.

The incident took place on November 14, 2016. The burn and injuries are so much that she is not able to speak.

The middle-age woman had referred two weeks earlier to the Justice Department of Qazvin (northwest of Tehran) and complained about someone who had splashed car battery’s electrolyte solution on her face. The Justice Dept. however, released the accused and did not take any judicial actions against him.

Again, on November 14, the woman was attacked by acid and seriously injured.