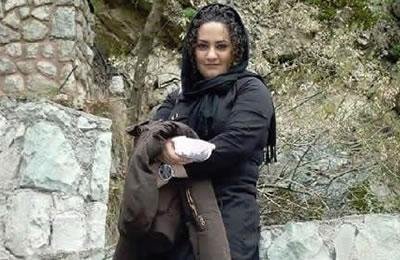 Children’s rights activist and political prisoner Atena Daemi sent a letter out of prison in which she complained about her unjust treatment by the Judiciary.

In the letter published on November 27, 2016, she referred to the regime’s officials who have committed heavy crimes but enjoy impunity.

“I did not order Zahra Kazemi’s murder; I did not order the beating to death of three people in Kahrizak (Prison); I was not involved in any embezzlement or missing (financial) cases of social security; I was not a judge to issue unfair imprisonment and death verdicts for thousands of people.

Ms. Daemi was arrested for the first time on October 11, 2014, and sentenced to five years in jail on the charge of conspiring and association against the regime and two more years for insulting the mullahs’ supreme leader Khamenei.