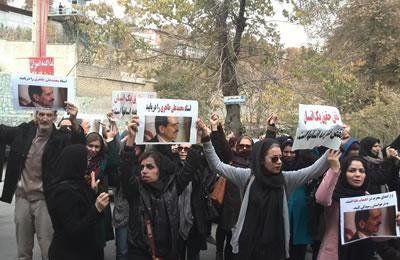 A group of women supporting the prisoner of conscience Mohammad Ali Taheri staged a symbolic act on November 17, 2016, in Tehran and Roudehan to protest his continued detention.

They distributed more than 1,000 copies of Mr. Taheri’s books.

Mr. Taheri, the founder of Cosmic Mysticism (Erfan-e Halgheh), has been on hunger strike since September 28 to protest the officials’ refusal to release him despite completion of his jail sentence.