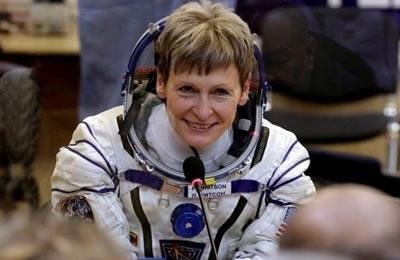 Peggy Whitson, oldest woman in space blasts off to ISS

Record-breaking astronaut Peggy Whitson has blasted off into space for her third mission to the International Space Station – and hopes to break some more records while she is there.

The veteran NASA astronaut is the first woman to have commanded the ISS and already holds the record for the longest time spent in space by a woman.

This time – turning 57 while on mission – she is the oldest woman in space.

She blasted off from the Baikonur cosmodrome in Kazakhstan on Friday.

On board the Soyuz rocket with her are Russian cosmonaut Oleg Novitosky and French newcomer Thomas Pesquet.

They are expected to arrive at the ISS on Saturday, joining an American and two Russians already aboard. They will carry out a range of scientific investigations until May 2017.

Iowa-born  Peggy Whitson, who has an advanced degree in biochemistry, worked for NASA in several prominent medical science and research positions before being selected, in 1996, as an astronaut candidate. (BBC.com, November 17, 2016)