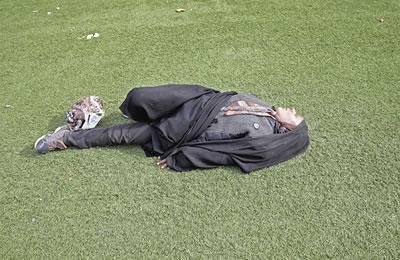 Bitter realities were divulged during a meeting on “women and everyday living”.

The meeting held on November 14, 2016, at the school of social sciences at Tehran University discussed the situation of women who sleep in cardboard boxes in the streets or are engaged in prostitution.

Reza Jahangiri, deputy for social services in the Organization of Welfare and Social Services, had previously reported that 3 per cent of the 3000 women who sleep in the streets in cardboard boxes, that is 90 women, are pregnant.

Habibollah Massoudi Farid, deputy of the Welfare Organization (Behzisti), had also placed the number of street women among the confidential statistics of the Iranian regime.