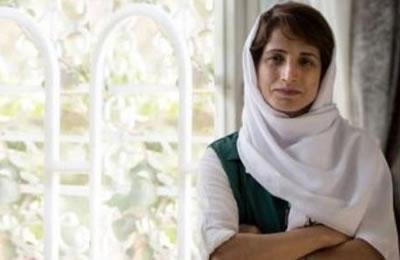 Nasrin Sotoudeh was among winner of the Women Have Wings award in 2016. This award is granted to women who have demonstrated courage to follow their humanitarian goals.

Women Have Wings was founded to commemorate Amelia Earhart, the first female pilot who flew across the Atlantic Ocean in 1928. The award is aimed at introducing women who like Amelia Earhart fly through difficulties to achieve their goals.

This year’s award was granted to women from India, Somalia, Uganda, Kenya, and Iran.

Ms. Nasrin Sotoudeh is lawyer and a human rights activist who was arrested on September 4, 2010, for defending her clients. She was sentenced to 11 years imprisonment. She was deprived of practicing law and leaving the country for 20 years. Later, her sentenced was reduced to six years in jail and 10 years deprivation.

She got released after serving three years in prison due to long hunger strikes she staged in protest to the violation of her own and her family’s rights. She is still being constantly persecuted and harassed by security forces.