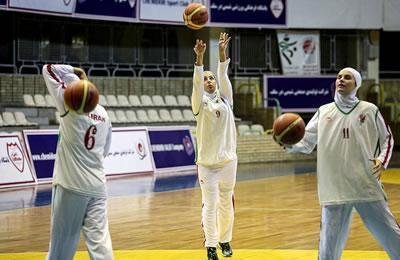 The women’s basketball team of Gorgan refrained from participating in the cross-country games, because it did not have financial support.

Gorgan is the capital of the northern Iranian province of Golestan.

The vice-president of the basketball delegation of Golestan said the team had 12 years of experience in professional sports.

Soghra Mohebbi said, “The budget predicted for the participation of the women’s team in this tournament was 50 million toumans but no agency stepped forward to provide the budget for supporting the women’s team. One of their reasons was that the games are not broadcast by the national media so the private sector does not feel motivated to spend money on these games.”

Mohebbi pointed out that female basketball players wear the veil while participating in the games and it is possible to broadcast their matches from the national media.

It is forbidden to broadcast women’s competitions in Iran. (The state-run radio and television news agency – November 17, 2016)