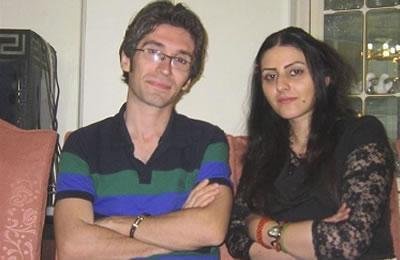 In an open letter sent from Evin Prison to the League of Iranian Lawyers, as an organization outside the dominance of the ruling regime, political

prisoner Arash Sadeghi enumerated the Iranian regime’s breaches of its own law by charging, arresting and sentencing his wife, Golrokh Ebrahimi Iraee.

Mr. Sadeghi has been on hunger strike since October 24, 2016, when his wife was arrested by the IRGC Intelligence forces to serve a six-year prison term because of writing an unpublished story protesting the stoning of women in Iran.

In his letter, Mr. Sadeghi points out that according to Article 29 of the Procedures of Penal Prosecution, the IRGC Intelligence is not authorized as a law enforcement agency.

He also notes that according to Article 180 of the same procedures, the IRGC is not allowed to issue verdicts whereas Ms. Iraee has been sentenced to imprisonment by the IRGC.

Also according to Article 513 of the Islamic Penal Code, one can be accused of insulting the sanctities only when he/she has published or disseminated something, whereas Ms. Iraee has been sentenced to jail for an unpublished story.

Mr. Sadeghi also pointed out that the trial of his wife was carried out in absentia without thorough study of her case by the judge, which is itself a breach of the Iranian regime’s law.

Mr. Sadeghi has been sentenced to 19 years imprisoned and is presently incarcerated in Ward 8 of the Evin Prison, while on hunger strike.