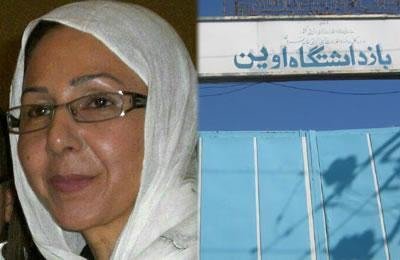 Resistant political prisoner Sedigheh Moradi was released from the Women’s Ward of the Evin Prison today, November 23, 2016, and warmly welcomed by family and friends. Her release was ordered by Branch 53 of Tehran’s Revision Court.

Ms. Moradi, 57, has an 18-year-old daughter. She was arrested at her residence on April 30, 2011. She was sentenced to 10 years in prison for “waging war on God by supporting the People’s Mojahedin Organization of Iran.” She was in prison without a single day leave since then.

Sedigheh Moradi suffers from various illnesses including digestive complications, arthritis, sciatica, and acute osteodynia (bone pain) all of which are symptoms of her imprisonment in the 1980s. Her condition deteriorated in prison but prison authorities did not allow her to have a medical leave.

Ms. Moradi had been arrested and imprisoned twice before in 1981 and 1985.

After years of constant efforts by her husband and family, their appeal was accepted by the Supreme Court and her case was reviewed by the 53rd Branch of the Review Court. The branch commuted her sentence to five years and she was released after 5 years and 7 months.

Sedigheh is one of the witnesses to the 1988 massacre of political prisoners in Iran. She sent out a letter early in November and called for international prosecution of the perpetrators of this massacre.