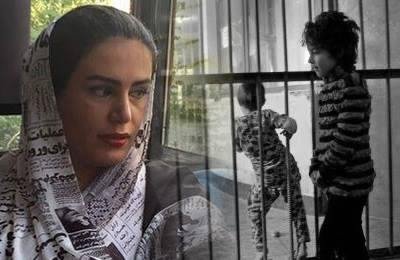 With the Iranian Resistance’s Justice Seeking Movement gaining further momentum, Iranians reveal more and more details on the scale of the 1988 massacre and the crime against humanity committed by the ruling mullahs of Iran.

In summer 2012, we went to visit Ayatollah (Moussavi Ardebili) in Qom with a group of reformist youths. We had just started talking when he noticed us staring at his hands which were shaking badly.

Before we ask any questions, he said that when he headed the Supreme Court, he had visited the Evin Prison before the 1988 executions. He asked us not to ask him about what he saw and heard, but said that he had insistently asked Lajevardi (the warden a.k.a. the Butcher of Evin) to unlock one of the doors.

At this moment, it was not his hands but all his body that was shaking: “When the door was opened, it was absolute darkness for a few moments; then I saw some eyes, many pairs of eyes that shined in the darkness like the eyes of cats. Lajevardi explained that they were the children of female prisoners who adhered to their positions (in support of the Iranian opposition).”

They were the children who had been borne in prison or had been arrested with their mothers as infants.

In reaction to our astonishment, Ardebili said, “Lajevardi said, ‘we have kept them here so that they would be cleansed and not be affected by the inmates.’ “

The Iranian Chief Justice continued, “These hands shake because I closed my eyes and mouth on that day. The shaking (of my hands) is my punishment in this world!”

We asked him why is he still silent about other similar matters, he responded with more silence.

Abdul-Karim Moussavi Ardebili, head of the Supreme Judiciary Council and the mullahs’ Supreme Court under Khomeini, the founder of the clerical regime, died on November 23, 2016, in Tehran at the age of 91. He was one of the most criminal mullahs involved in the 1988 massacre of 30,000 political prisoners in Iran. He is quoted as saying the following in a Friday Prayer sermon, on August 5, 1988, at the height of the mass executions: “The Judiciary is under tremendous pressure from the public opinion who say, ‘Why do you put these (the prisoners) on trial? They do not deserve to have trials. Their verdict is clear, the subject is clear, and the punishment is clear, too. The Judiciary is under pressure to answer why it is holding trials for the prisoners? The Judiciary is under pressure to answer why it is not executing them all together…? You are right, I agree with you that they must not be granted any amnesty…”