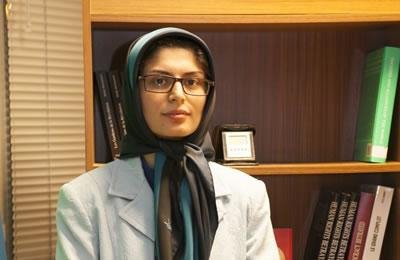 Iran: Political prisoner recounts horror of jail after her escape

Shabnam Madadzadeh is one of the most famous student activists who was imprisoned six years in Iran for her activities in university, demanding the students’ rights.

She was recently able to leave Iran and speak out about the horrible conditions in Iran and inside women’s prisons. The International Business Times of UK had an interview with her, which was published on November 26, 2016. Excerpts of the interview by Callum Paton appears below:

Shabnam Madadzadeh, 29, was held for six years, serving a five year prison service, in some of the most infamous prisons of Iran’s deeply politicised criminal justice system. Through letters she sent secretly from her cells, Madadzadeh drew attention to the often draconian conditions she and thousands of other women faced….

“In every moment, second by second you can feel death. The interrogators talk about execution every day and every day you think you are going to be executed,” Madadzadeh told IBTimes UK during a telephone interview.

At Raja’i Shahr, Madadzadeh lived in a room she described as a “corridor”, where 200 women were crammed, with only two toilets and unsanitary drinking water. The lights in the room were never turned off, depriving the inmates of sleep between brutal interrogation sessions.

“When I was under interrogation I was physically tortured too. Five or six men surrounded me and as they were questioning me they beat me, pulled my hair and hit my body,” Madadzadeh said.

Her interrogators hoped Madadzadeh would renounce the People’s Mujahideen Organisation of Iran (PMOI), an opposition group in Iran outlawed by the mullahs’ regime and which advocates the overthrow of the Islamist regime….

“I can still see the face of a girl who told me she had been raped six times by a guard. It was horrible. My heart broke with her and when I was listening I would just cry because I was in prison and I could do nothing for them.

“I said to myself, you should be the voice of these women, because this (is) the way to support these women and to fight the regime,” she added….

“I believe all of these women were victims of the regime. Without any basic rights for any of the prisoners,” Madadzadeh said.

“Especially for women in Iran. They don’t have any rights and they are still without safety or people to help them,” she added.