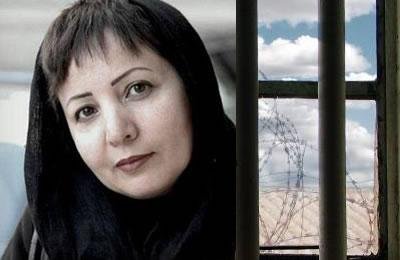 Women’s rights activist Aliyeh Motallebzadeh was arrested and imprisoned on Saturday, November 26, 2016, when she referred to the Ministry of Intelligence (MOIS) as instructed.

Ms. Motallebzadeh’s lawyer said that security forces had contacted his client on the phone on Saturday and called her in to the MOIS to receive her belongings previously confiscated by the ministry. He explained that his client had been interrogated about one month ago and some of her personal belongings taken away.

Aliyeh Motallebzadeh had been arrested and interrogated several times before she was imprisoned on Saturday, November 26.

Iran: Political prisoner recounts horror of jail after her escape