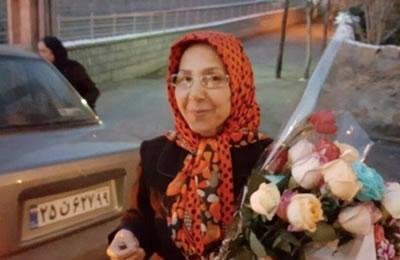 Political prisoner Sedigheh Moradi who was just recently released from prison on November 23, 2016, after 67 months of straight imprisonment without any leave, in an interview explained that she had been detained for six years only because she had a record of imprisonment in the 1980s when she refrained from giving a so-called television “interview” to make false confessions.

Ms. Moradi who was imprisoned on the charge of “waging war on God by supporting the (opposition) People’s Mojahedin Organization” said that her interrogator from the 80s, Majid Pour Yousef, attended her trial where he told her that her recent arrest was because she had not collaborated with the regime in the 1980s.

Ms. Moradi had been arrested for the second time in 1985 and sentenced to four years in prison for not refusing to agree to make false televised confessions.

Ms. Moradi said there are other prisoners, including Maryam Akbari Monfared and Reyahneh Haj Ibrahim to name a few, who have been detained under similar charges and are presently having very difficult conditions in prison. They must be released as quickly as possible, she said.

Moving testimonies by prisoners at "Call for Justice" Conference