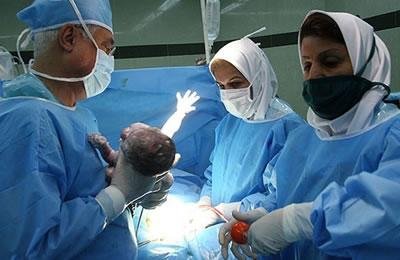 Massoumeh Abad, head of the Iranian Midwives’ Society, wrote a letter to the Minister of Interior asking for permit to stage a gathering of midwives in protest to their numerous problems remaining unsolved by Rouhani’s Health Ministry.

The letter notes the Health Ministry’s failure to resolve the undecided status of midwives’ commissions which are being paid to obstetricians.

Massoumeh Abad also pointed out that the Planning and Management Organization’s adopted plan to employ 4000 midwives has not been implemented, and withdrawal of the midwives’ 15% commission for every delivery are but examples of abusing their rights. (The state-run ILNA news agency – November 28, 2016)

Farideh Goudarzi: I joined you to seek justice for the innocent