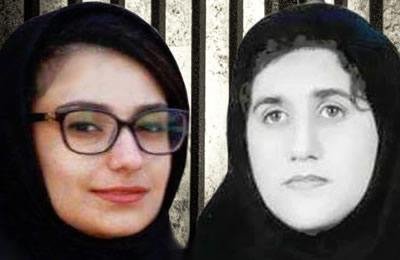 The Women’s Committee of the National Council of Resistance of Iran issued a statement today, December 2, 2016, condemning the Iranian regime’s clampdown on female, Kurdish political prisoners, Afsaneh Bayazidi and Hajar Piri, in the Central Prison of Kerman.

The NCRI Women’s Committee called on all human and women’s rights organizations and authorities to join it in condemning harassment of women imprisoned in Iranian jails on political or security charges.

The two Kurdish women are accused of disseminating anti-government propaganda and acting against national security, but are held on internal exile among ordinary criminals in the Central Prison of Kerman.

Intelligence Ministry forces raided their cell on November 28 and confiscated their belongings while using foul language to humiliate them.