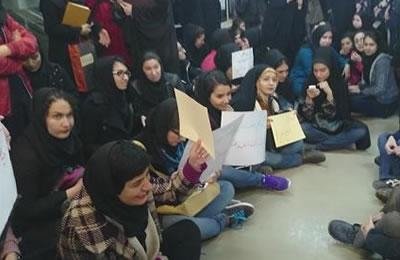 A group of female students of Tehran’s Allameh Tabataba’i University staged a protest on Saturday, December 3, 2016, against gender discrimination and dormitory rules which restrict the time of women’s entry and exit. The protesting young women reside in Farahmand Dormitory.

The dormitory’s superintendent physically reacted to the protest by snatching and tearing the statement the students were reading out at the rally.

The university’s security forces also threatened the girls that their demands would not be heeded if they continue their protest.