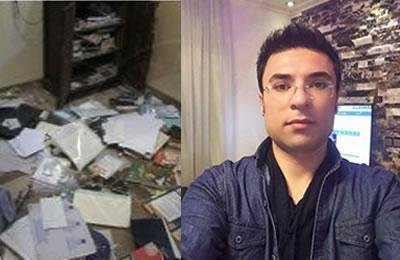 The mother of an imprisoned activist was threatened by security forces after she had an interview, explaining the details of how her son had been arrested.

“On the night of December 3, 2016, Asoo Rostami’s mother who had just finished the interview was called by a security agency and warned against talking to the media. Otherwise, her son would be in trouble,” a source close to the family said.

On the next day, Asoo Rostami was transferred from Evin to Gohardasht Prison.

Asoo Rostami is charged with activities on the internet, dissemination of articles critical of the human rights situation and executions in Iran, having contacts with families of political prisoners and death row prisoners, and having contact with human rights activists. He has been sentenced to seven years in prison.