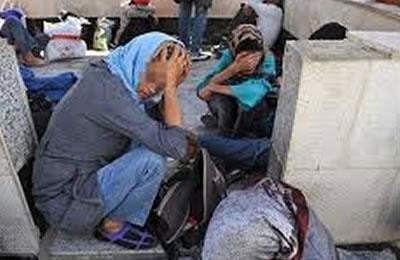 Iran: Double-fold increase in the number of homeless women in Tehran

A member of Tehran’s City Council revealed that there has been a 100% growth in the number of homeless women in Tehran.

Fatemeh Daneshvar said, “Based on the statistics collected by Tehran Municipality’s social services patrols, 1026 women were rounded up in the streets in the period between October 2015 and March 2016. Among them, 544 were homeless women, and 482 were beggars. While in the period from March to September 2016, a total of 1598 women were rounded up including 1038 homeless women, and 560 were beggars. This shows a 100% rise in the number of homeless women which includes women who sleep in cardboard boxes in the streets or those who stay in ‘hangouts’.” (The state-run Tasnim news agency – December 5, 2016)

These official figures should be considered as minimum as there is no accurate method or system of data collection in Iran, while the government deliberately keeps part of these statistics secret in fear of public outrage.