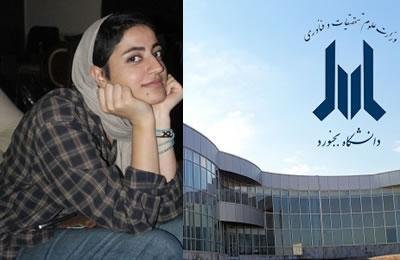 According to the news published on December 8, 2016, Mona Houshmand, a Bahaii student, was expelled from university due to her faith. Mona had been admitted in October 2016 to the University of Art and Architecture of Bojnurd in architectural engineering.

Bojnurd is the capital of North Khorasan Province in northeastern Iran.