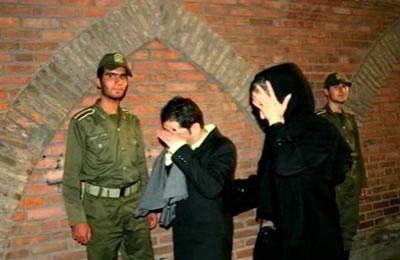 Nine women and 14 men were arrested last night (Dec. 5) in a co-ed party in Kahoo village garden, announced the IRGC commander of Chenaran, in the northeastern province of Khorasan.

Those arrested were handed over with their files to the city’s judiciary officials.