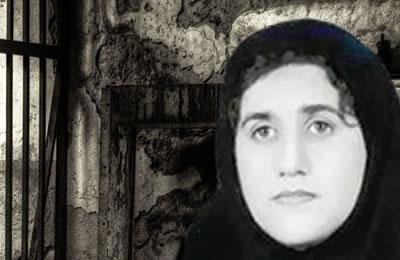 Iran: Woman prisoner beaten up for chanting ‘death to dictator’

In the wake of her effort to defend the rights of other prisoners, political prisoner Afsaneh Bayazidi was badly beaten up by prison guards in the Central Prison of Kerman.

A report received on December 7, 2016, from inside Kerman’s prison indicated, “The heating of our ward has been switched off for some two weeks and we are deprived of warm water for bathing. We are having a very difficult condition, serving our sentence in isolation. Prison guards faced objection by political prisoners. Ms. Bayazidi chanted, ‘death to the dictator’ and ‘death to the Islamic Republic.’ Then the guards attacked and badly beat her up.”

Afsaneh Bayazidi, a Kurdish student activist, is serving her four-year prison sentence on internal exile in the Central Prison of Kerman, on the charge of “disseminating anti-government propaganda”, since September 8, 2016.