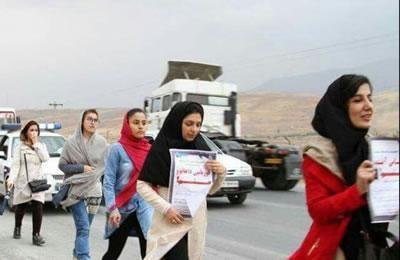 A human chain called, “I am a the next victim,” was formed by residents of Piranshahr (northwest Iran) on December 8, 2016, to protest the several-fold increase in the number of casualties of road accidents in this city.

Most of the protesters were young women and girls. They demanded expedition of the construction of Piranshahr-Naghadeh highway and the repair of Piranshahr-Sardasht Road. Participants in this gathering were dispersed after the State Security Force intervened.