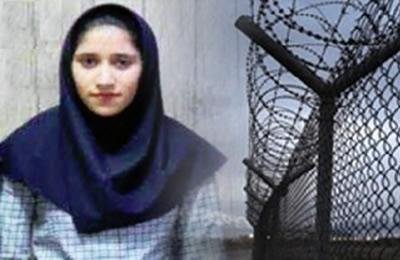 Political prisoner Shahla Mohammadiani, 28, has been tortured viciously under interrogation for 67 days while detained in solitary confinement of Mahabad’s Intelligence Department in Iranian Kurdistan.

Heman Mohammadiani, her brother, said Shahla had been tortured so much that her left shoulder has been rendered disabled.

Ms. Mohammadiani is charged with membership in one of the Kurdish parties and of disseminating anti-government propaganda. Her brother has denied the trumped up charges.

Heman Mohammadiani said, “Security forces raided our house at 1.30 after midnight and violently inspected all the house and its furniture… My father asked them to show their warrant, but they entered the house without a warrant and took away my sister by force… My father resisted, but security forces pushed him aside and cursed at him.

Shahla Mohammadiani is presently detained in Tabriz’s Prison. She has been sentenced to four years imprisonment.