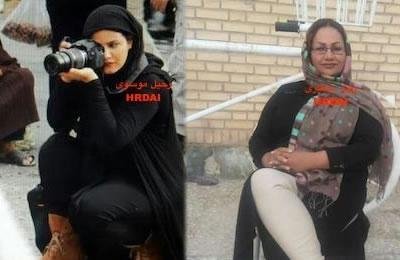 Two women were arrested in the course of a protest by the people of Khorramshahr to the diversion of Karoun River on Thursday, December 8, 2016. They were taken to the detention center of the Department of Intelligence in this city.

Rahil Moussavi, 22, photographer and reporter, was arrested on her way home. Security forces acted violently snatching her camera by force and brutally pushing her into their car.

Roghieh Jaafari, 38, an environmental activist with four children, was also arrested during the protest.

There is no information available on the fate of the two women.

Khorramshahr is one of the port cities of the oil-rich province of Khuzistan in southwestern Iran. Karoun is one of Iran’s most affluent river which empties into the Persian Gulf.