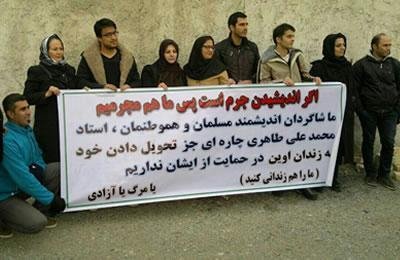 Following a protest in front of Tehran’s Evin Prison on Wednesday, December 14, 2016, a number of women were arrested and imprisoned in the notorious Varamin’s Qarchak prison for women. No information is available on their exact number or identities.

The protest continued on Thursday, December 15, demanding freedom of prisoner of conscience Mohammad Ali Taheri. The protesters were threatened with beating and forced to disperse.