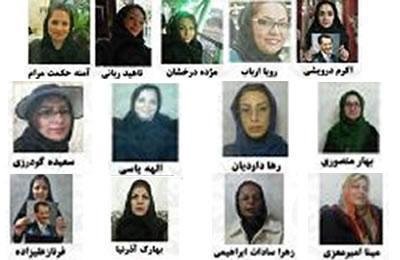 Women were beaten up by security forces after protesting the judicial process which ended in transferring them to the notorious Qarchak Prison.

An informed source said, “The imprisoned women were pounding on the door of the Quarantine (ward) when several female agents entered and beat them up with electric batons.”

Forty-one persons were arrested during the three-day sit-in outside the Evin Prison, December 13, 15, and 17, demanding release of prisoner of conscience Mohammad Ali Taheri. Twenty-four of those arrested were women.

Iran: Imprisoned woman pressured to move her child to prison