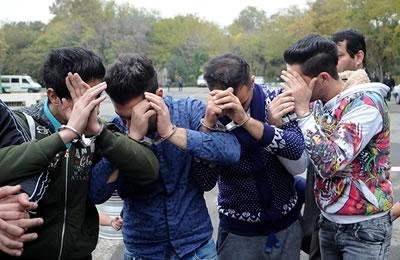 Commander of the Revolutionary Guards Corps in Chenaran announced that his forces had arrested 18 girls and boys in a private party in this city, located 50 kms northwest of Mashhad, in the northeastern Province of Khorasan Razavi.

Majid Azarkish said those arrested were between 18 and 25 years of age. They were handed over to judicial authorities to go through the judicial process. (The state-run Fars news agency – December 17, 2016)