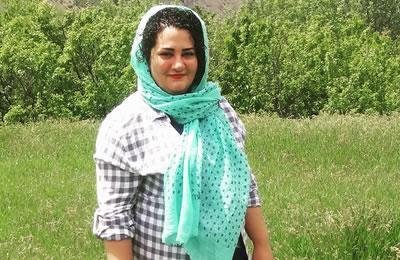 A new case has been filed against the children and civil rights’ activist Atena Daemi by the Revolutionary Guards Corps.

She was informed on December 19, 2016, at Evin’s Prosecutor’s Office that she had been charged with “insulting the leader and officials” of the regime and “disseminating lies.”

Ms. Daemi denied the charges and reiterated that she is the one who filed a complaint on the day of her arrest and that her complaint must be attended to.

Ms. Daemi was shown a video recording in which she was not wearing a veil while the guards attacked her residence. She vehemently protested the illegal filming of her.

The Revolutionary Guards attacked Ms. Daemi’s residence on the morning of November 26, 2016, violently harassing and arresting her to take her to Evin Prison to serve a seven-year prison sentence.