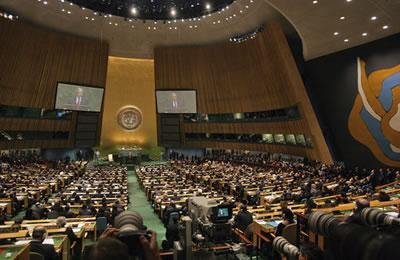 The resolution calls on the Iranian regime “to abolish, in law and in practice, public executions”, “to cease enforced disappearances”, and “to end widespread and serious restrictions, in law and in practice, on the right to freedom of expression, opinion, association and peaceful assembly, both online and offline, including by ending the harassment, intimidation and persecution of political opponents, human rights defenders, women’s and minority rights activists.”

The resolution also called on the Iranian regime, among others, “to eliminate, in law and in practice, all forms of discrimination and other human rights violations against women and girls,” as well as against “persons belonging to ethnic, linguistic or other minorities,” “address the poor conditions of prisons, to eliminate the denial of access to adequate medical treatment and the consequent risk of death faced by prisoners,” and “to release persons arbitrarily detained for the legitimate exercise of these rights.”

The Iranian Resistance’s President-elect Maryam Rajavi said the 63rd resolution condemning human rights violations in Iran, makes it more essential than ever to refer of the regime’s dossier of systematic and flagrant violations of human rights to the United Nations Security Council, and prosecute its senior officials.

Mrs. Rajavi added: Today, the Iranian people are not the only victims of this regime’s crimes… The same criminals who consider their role in the 1988 massacre as a source of pride are these days very vividly admitting to crimes against humanity in Aleppo, describing it as a glorious victory and holding “thanksgiving” ceremonies for it.