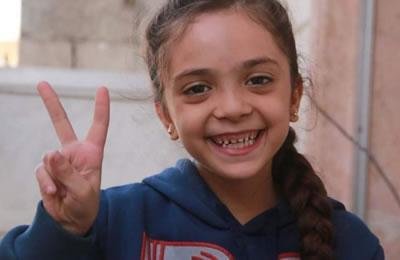 Bana Alabed, the little girl who was actively engaged in social networks to inform the world of the developments in Aleppo, has now turned into a symbol of the city.

The successful evacuation of Bana and her family from Eastern Aleppo made millions of users of social networks happy around the world. All the major websites, media and the press reported on her evacuation.

Al-Arabiya TV noted: Bana Al-Abed is only seven years old but reflects the pain, suffering and calamities of Aleppo by her tweets. Bana’s journey out of Aleppo was followed up momentarily by her 320,000 followers on the Twitter.

Iran: Girls under 15 forced into marriage in Kurdistan

Iran: Some 300 women arrested for activities in social networks