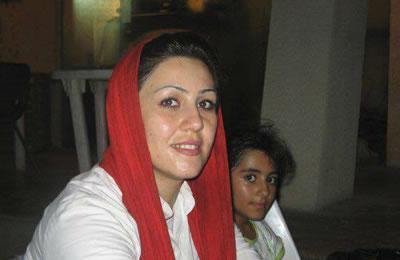 In a letter to international organizations which was publicized on December 22, 2016, political prisoner Maryam Akbari Monfared urged the UN to form a court of justice to prosecute the masterminds and perpetrators of the 1988 massacre. She further demanded measures to prevent implementation of the verdict issued for Ahmad Montazeri, son of Ayatollah Montazeri who published an audio file from his father’s meeting in August 2016, revealing new information on the 1988 massacre.

Ms. Akbari Monfared wrote in her letter, “As one of the survivors of that disastrous (1988) massacre, and someone who filed suit for investigation of the execution of her sister and brothers after the publication of the audio file (by Ahmad Montazeri), I condemn the unfair verdict issued for Mr. Ahmad Montazeri. I urge all international organizations and particularly the UN to form a court of justice to prosecute the masterminds and perpetrators of the 1988 massacre, and do not let them implement the sentence issued for Mr. Ahmad Montazeri.”

Maryam Akbari Monfared argued, “How is it that under this regime, people like Saeid Mortazavi and Saeed Toosi are at large despite committing heavy crimes (such as sexual assault on prisoners and children)… but Mr. Ahmad Montazeri is prosecuted and sentenced to 21 years in prison?”

Maryam Akbari Monfared was arrested on the charge of “waging war on God”. She was sentenced to 15 years in prison and has already served seven years in Evin. On October 16, 2016, she declared that she is filing suit to seek justice for her siblings executed in the 1980s. 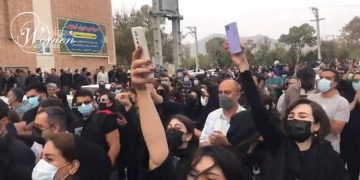