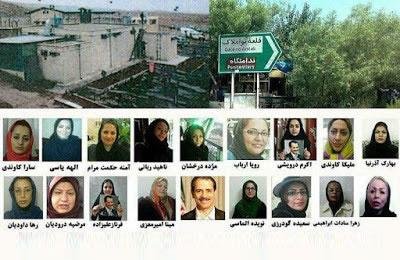 32 imprisoned women in Qarchak Prison of Varamin resumed their hunger strike since December 21, 2016.

They had stopped their hunger strike a few days ago after prison authorities gave them false promises to realize their demands.

They had been beaten up badly on December 18 for insisting on their demands.

The women used to be students of prisoner of conscience Mohammad Ali Taheri, founder of the Cosmic Mysticism (Erfan-e Halgheh) who is presently on hunger strike in protest to being detained after completing his sentence.