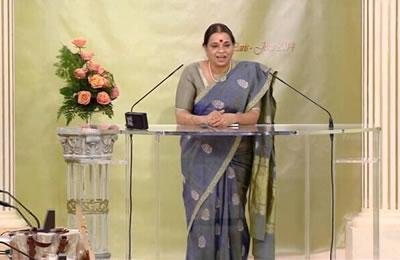 The Indian Center for Social Research issued a declaration supporting the Iranian Resistance’s Justice Seeking Movement. The CSR urged the UN and other international organizations to launch an inquiry into the 1988 massacre of political prisoners in Iran and bring those responsible to justice.

In parts of this declaration, CSR director Ranjana Kumari wrote, “This genocide has been described as the worst crime against humanity since World War II. The cries of victims and their families were never heard and were in fact kept silent…

“Many of the victims were 15 or 16 years of age at the time of original arrest and prosecution and horrendously, even pregnant women were executed. All were buried in unmarked mass graves.

“In memory of all those fallen for freedom, all the 30,000 executed in the summer of 1988, I support Mrs. Maryam Rajavi’s call for an inquiry on the massacre and ask the United Nations and UN Security Council to hold an inquiry and hope that the perpetrators will finally be brought to justice.

“Anywhere women are victims of violence and injustice, the CSR stands with them and today, the CSR remembers the steadfastness of all the women slain in 1988.”