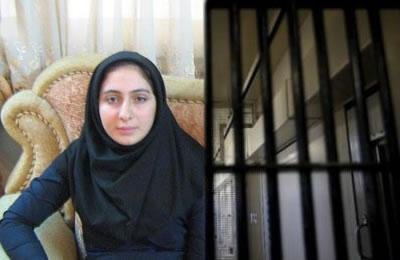 Political prisoner Lavin Karimi who is suffering from hemorrhage of stomach ulcer started a hunger strike on Wednesday, December 21, 2016, to protest the refusal of Hamedan Prison authorities to allow her treatment at hospital and the prosecutor’s refusal to grant her leave.

The young student from Saqqez suffered stomach ulcer due to torture under interrogation. Lavin Karimi, 26, was studying management, when she was arrested on the charge of cooperation with an opposition Kurdish party and sentenced to three years of imprisonment.