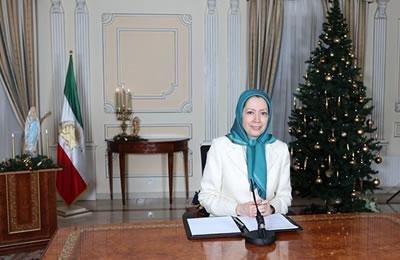 Merry Christmas to Christians and everyone in Iran and all over the world.

Maryam Rajavi, President-elect of the National Council of Resistance of Iran, sent a message to Christians in Iran and around the world and congratulated them on this day of joy, hope and salvation of mankind.

She appreciated all the noble followers of Christ from around the world who helped the oppressed and the Iranian Resistance. She wished that 2017 would be a year of expansion of freedom in Iran, a year of defeat for the Iranian regime and its terrorism and tyranny, and a year of peace and freedom for the people in the Middle East and the world.

Mrs. Rajavi called on everyone to join the Iranian people’s Resistance in solidarity, for freedom and democracy and for a new chapter in the lives of all the nations in the Middle East.

We stand with the people of Aleppo