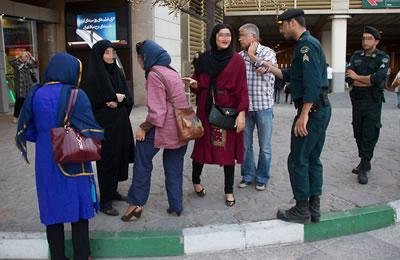 A Deputy Interior Minister acknowledged the regime’s failure to impose the compulsory dress code on Iranian women in the face of their staunch resistance. He said that the activities of the executive agencies are not enough and they must deploy the NGOs, as well.

“As for the issue of Virtue and Veiling, we must not suffice to the activities of the executive organs but must make use of non-governmental organizations and popular groups,” said Deputy Interior Minister Mollazadeh.

Mollazadeh reiterated that “the duties of 300 executive agencies have been drafted in 320 articles” but this has not been enough and the government needs to deploy the NGOs and other popular-based organizations. (The state-run Tasnim news agency – December 22, 2016)