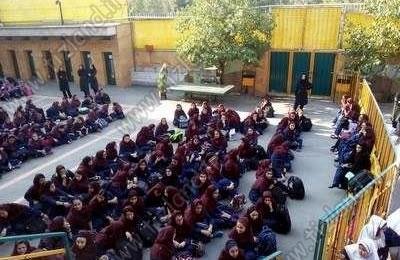 A number of girl students were detained in school to force their parents into paying the school fees.

Authorities in charge of Fatemeh Zahra High School for girls in Sisakht prevented some of the students from leaving school because they had not paid the school’s fees.

According to the students’ parents, high school officials closed the school’s gates on December 22, 2016, and kept the students for 15 minutes in the yard in the freezing cold weather until their parents arrived to pay their debts to the school!

Sisakht is one of the towns in the southwestern province of Kohgilouyeh and Boyer Ahmad.