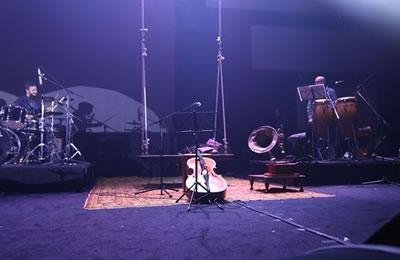 A female player was prevented from going on stage on December 25, 2016, during a concert.

All the necessary licenses and permissions had been obtained for the concert.

Members of the musical group placed the instrument of Melanie Avanessian, the Christian woman who was prevented from playing in the concert, on the stage on her seat to show their solidarity and respect for her. (The state-run Fars news agency – December 26, 2016)