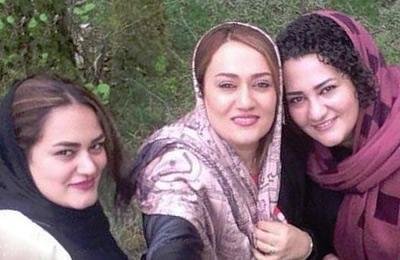 Atena Daemi’s two sisters and a brother-in-law were summoned to the Prosecutor’s Office of Evin Prison on December 27, 2016.

They must report in to the Prosecutor’s Office within five days simultaneous with the day when Atena Daemi would be under interrogation.

The reason for this summoning is the report of law enforcement agents.

A source close to Ms. Daemi’s family said, “Her sisters and brother-in-law have not done anything illegal. They were in the house, at the time of Ms. Daemi’s arrest.”

Earlier, on December 25, Ms. Daemi drafted a defense against the new charges levelled by the Revolutionary Guards Corps and protested the illegal process of her arrest and the unfounded charges by the IRGC.