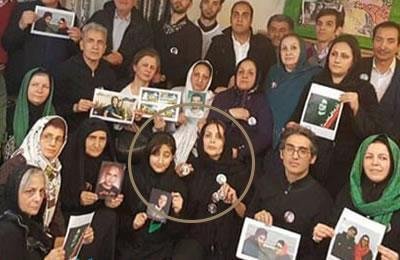 A ceremony to commemorate Shahram Farajzadeh was held on December 28, 2016, by activist mothers whose children were killed during the 2009 uprising or executed and imprisoned otherwise by the Iranian regime.

Shahram Farajzadeh was killed on December 26, 2009, during street protests when a State Security Force vehicle hit and ran over him in Tehran’s Vali-Asr Square. His widow and daughter are seen sitting in the center, surrounded by other families.