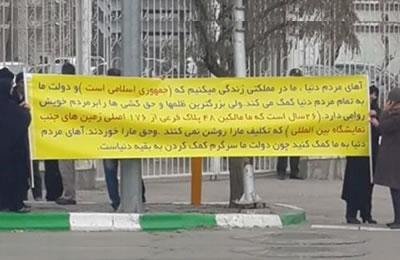 A group of women staged an act of protest on Thursday, December 29, 2016, in Mashhad.

They held up a big banner in one of the city’s main avenues. The women of Mashhad protested the Iranian regime’s spending of the country’s wealth in other countries (i.e. war in Syria, Iraq, etc.) instead of providing it to the people who need it inside the country.

Mashhad is the second biggest city in Iran and is the capital of the northeastern Razavi Khorasan Province.