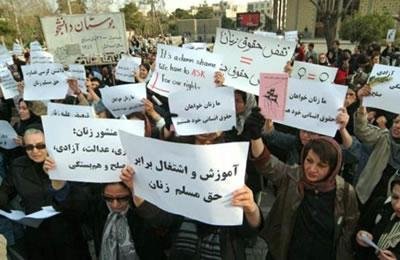 The results of a survey of the work force done in summer 2016 indicates that the average unemployment rate for young women reached 47.3 per cent this summer.

The survey was done by Iran’s Census Center.

The Charmahal Bakhtiari Province topped the list with an average unemployment rate of 73.7 per cent for women in the age group of 15-24.

The official IRNA news agency wrote, “Unemployment is rampant among women despite the fact that their fervor for university education is generally higher than that of young men. In the absence of a suitable job market for them, women are disappointed and hopeless in their demand for jobs.” (The state-run Mehr news agency – December 30, 2016)

The regime’s previous survey done in 2015 and published in April 2016 had set the unemployment rate for young women at 40.2 per cent, which indicates a 7 per cent increase in just one year.