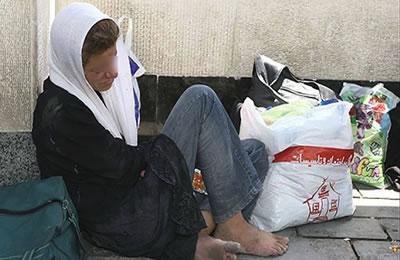 Female sex workers and homeless drug addicts in Tehran should be “convinced” to undergo sterilization to prevent social problems, a deputy provincial governor in the Iranian capital said on Sunday.

“Over 20 percent of them have AIDS and (they) spread various diseases,” he said.

“In addition to … spreading depravity, they reproduce like hatching machines and as their children have no guardians, they sell them,” he added.

“There is a project, a reality, an opinion, agreed on by many NGOs and the social elite, that if a woman is sick, and is also a sex worker and has no place to stay, she should be sterilized with her own approval, and not forcefully”.

“The sterilization should be done through a project to convince homeless women to prevent social harm,” he added.

In April Shahindokht Molaverdi, presidential deputy for women and family affairs, said the government “has not yet offered any specific plans for sterilization of homeless women” and such plans should be “proposed and reviewed by the Health Ministry”.

In recent years, there has been a growing crisis in Tehran where street children are born and sold by homeless or poor women living in and around the capital.

Thousands of such children are put to work as beggars or street vendors.

Last week the haunting images of dozens of homeless people living in empty graves in a town outside Tehran caused social media users and celebrities to react with expressions of alarm and sadness. (AFP, the state-run ILNA news agency – January 1, 2017)