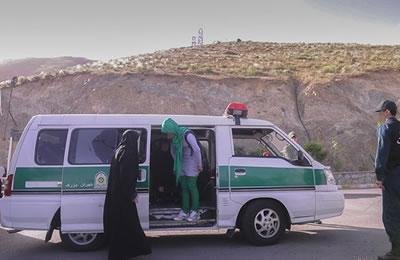 The State Security Force spokesman Montazerol Mahdi brandished a new threat to mal-veiled women in a gathering on December 31, 2016.

He said, “As for protecting the veil, there are duties defined for the Police and they have been instructed to act on such basis. If they see that some people are breaking the norms, the Police will take advantage of their legal duties and will not hesitate to legally deal with those who break the norms… 26 agencies are endeavoring in the realm of protecting the veil and public chastity. But the police endeavors, as the last link in this chain, to give priority to the combat with mal-veiling and fulfill its duties.” (The state-run Fars news agency – December 31, 2016)

Iran: Number of women head of households rises to 2.6 million