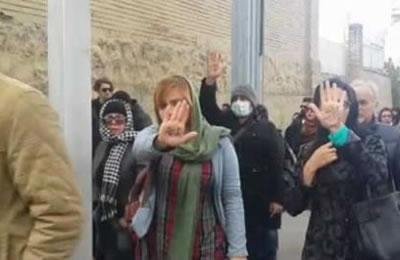 Human rights and anti-death-penalty activist Sholeh Pakravan issued a statement on January 2, 2017, demanding urgent treatment of Arash Sadeghi after such a long hunger strike. She wrote in her post: “We must not forget that Arash needs to be hospitalized. Relevant officials have been acting irresponsibly by not hospitalizing him and providing him treatment. He must receive urgent treatment.”

Ms. Pakravan added, “We will not ever forget that this young man went absolutely hungry for 70 days and was not hospitalized for a single day. They did not take a single medical step for him. Rather, by procrastination, they killed time and drove him to death. We will not forgive such irresponsible behavior in treatment of Arash.”