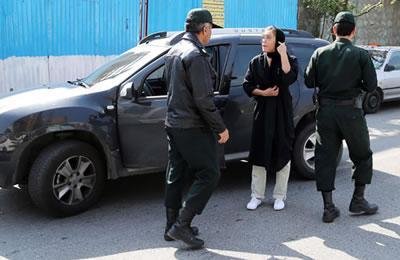 Iran: Regime steps up dealing with mal-veiled women in streets

The State Security Force will deal seriously with mal-veiled women riding in vehicles, and it does not need warrants from the judge in this regard.

This was announced by Mohammad Reza Edalatkhah, the head of the Justice Department of Kermanshah (western Iran). He added, “Vehicles are not private places, and if such instances are detected, the vehicle would be impounded, and the mal-veiled or unveiled woman taken to the Prosecutor’s Office. The punishment for unveiling is between is between 2 to 3 months of jail. The State Security Force will not need any permission from the judge to deal with mal-veiled women inside vehicles.”

Iran: Women can register but will not be elected as president!